The 2018 Open Garden Day was another great success, and a reward for all the hard work that the volunteers have put in over the past 12 months.

In June 2017, following the success of our first Open Day, the volunteers collectively believed that we could not merit holding another Open Garden for at least two more years because we doubted that we would have achieved sufficient change.

Some 200 visitors were amazed to see the progress made in the past year. 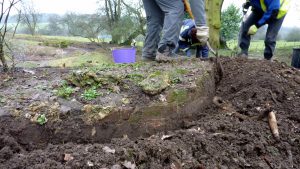 We have discovered how the Victorians got water  to the site 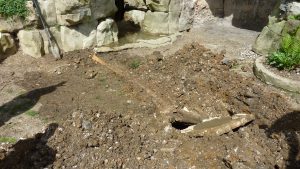 As an experiment, during the course of the afternoon we ran a hosepipe from our mains feed down the face of the dropping well and into the basin and then on to the drainage sump. In this way we created a trickle effect which the Victorians might have similarly produced by opening a tap to let water flow from the cistern.

The experiment was very successful and we now seriously wonder if water would ever have been pumped around the cascade to the dropping well and then back up to the cistern.

We have sought guidance from, and welcomed a visit from, the British Pteridological Society (Fern Society)

We have unearthed an original Anthony Parson’s tiered planting bed on the East side, now well planted with ferns

Having unearthed it, we have planted another bed, the main ‘Central Bed’, to Sarah Marsh’s wonderful design. 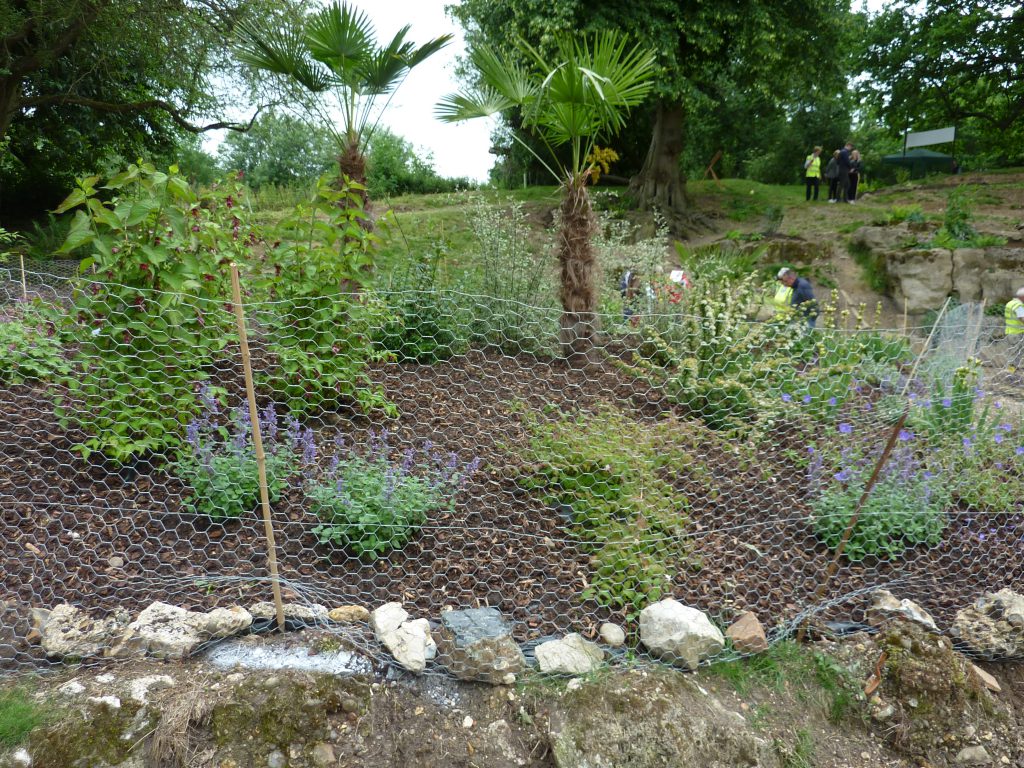 As agreed at the beginning of this Project, when the going has got tough, and the volunteers would otherwise have struggled, mechanical equipment has been brought onto the site.

It is largely due to the skilled and careful approach by the Maydencroft operatives that so much has been uncovered.

As part of the CPRE Rural Living Awards for 2017, the Friends of Danesbury Local Nature Reserve received a Community Commendation

Underpinning absolutely everything has been the enthusiastic teamwork of our volunteers, some of whom regularly join us from the Sherrardspark Wood Wardens, and from the Friends of Mardley Heath. They are led by our more than capable Committee (the so-called HOD5) all of whom have put an enormous amount of personal time and commitment into this Project since it started in September 2015. 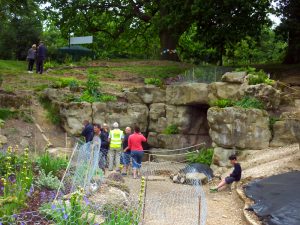 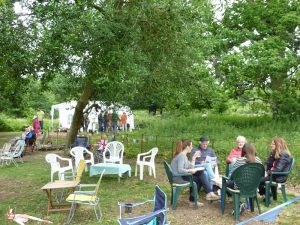 Following the retirement of John Roper, we are delighted to announce that Sara … END_OF_DOCUMENT_TOKEN_TO_BE_REPLACED